Xale of the Starry Glen

"I have misjudged you, and for that I am sorry."

Xale is head of the Order of the Blue Moon, a faction of both the churches of Selune and Mystra dedicated to the eradication of the minions of Shar, Lady of Loss.

Xale vanished when the party reemerged from his test to find the House of Wonder burning. Meleghost is especially interested in finding Xale and holding him accountable for the destruction, though both the party and Larion Shadowfriend believe Xale was assailed and kidnapped.

The party rescued Xale recently. He was being held prisoner by Prar, a mind flayer that had adopted the identity of Civilar Hawkwinter. The mind flayer was a follower of Shar, and some sort of spell has been cast on Xale, turning his eyes black and leaving him catatonic. When Xale was returned to the Temple of Selune Naneatha could not break the enchantment, and was forced to give Xale to Meleghost for further inspection.

Xale was turned over to the Lords once they heard of Meleghost’s apprehension of him. After being revived by Khelben, Xale offered his apologies to the party for his poor treatment of them.

Xale of the Starry Glen 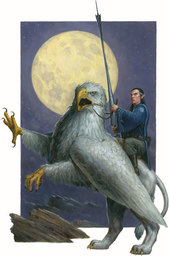