The Dragon Coast monastery of The Empty Mind had been the home of a young water genasi named Tiarmus for as long as he could remember. Not knowing his parents, or how he came to be, he took solace under the guidance of his master, Batearian. Though Master Batearian saw much potential in his student, he understood that Tiarmus did not belong in the monastery after his five year training was complete. Tiarmus was the least social of the monks. He spoke slowly, and softly, but always without much of value to say. In an effort to drive the will of his student, Master Batearian told Tiarmus of his origins in the Sea of Fallen Stars, and of his extraction from servents of the evil water goddess Umberlee. Tiarmus was shattered by the truth of the nefarious blood that flooded his veins. Vowing to not have such dishonor befall his beloved monastery, Tiarmus set out on his own to make amends for the transgressions of his progenitors.

Traveling primarily by sea, Tiarmus happened upon a pod of mermaids, whom he followed to the harbor of the sparkling city of Waterdeep. The merfolk in the harbor bade him not to go into the city, because of it’s dangers, and fear for his safety. As with many water genasi, Tiarmus is widely considered an outsider, particularly in Waterdeep because of the sheer size of the city, and how very few water genasi arrived in its port. It mostly meant that he was left alone, and never offered welcome or good tidings from the locals. Mostly he sought safe haven in the harbor where he chose to make his home among the merfolk, and protect them from harm.

He would travel frequently between Waterdeep and the lands along the Dragon Coast to other cities and smaller settlements with his faithful merfolk friends Baleaena and Caeruleus, in hopes to find a modicum of acceptance among the land dwellers. He thought himself no different, aside from the webbed fingers, blue and green scales, and the continual waviness of his hair, and usually being mostly naked except for what amount to tattered, modern day, board shorts. Tiarmus’ hopes rested on the idea that one day he might be an ambassador of land and sea. Caeruleus, unconvinced of the notion, spent much of their time together trying to rid Tiarmus of such thoughts, believing that they were in luck, down in the muck, under the sea. Baleaena on the otherhand, was encouraging, and chided her brother Caeruleus for trying to dash Tiarmus’ dreams of unity. Tiarmus found balance among the pair, knowing that these views were shared amongst the people of Faerun, and that holding firm in his belief would show him the way.

Along their travels across the coasts, the trio met many fisherman, and would trade stories and successful fishing locations, for shells, scales, eyes, bones, and teeth of creatures gathered from the sea to craft trinkets and jewelry. Across many places Tiarmus is well known for his attention to detail, however in Waterdeep he is meerly known as a peddler of shoddy wares, for though his work is a beacon of his craftsmanship, the materials used were unappealing to even the commoners of the city, and thus, none would vouch for his artistic merit. Baleaena made note of his plight in profession, and along with her brother they would take Tiarmus’ finished works and sell and trade them among the merfolk and seafarers across the waters of Faerun. A moderate haul was usual for their ventures, and Tiarmus encouraged the siblings to share the wealth among the merfolk of the harbor, rather than bringing it to him. It was not so strange that Bal and Caer were gone for days, as the sea is a vast pool of activity.

Screams of terror roused Tiarmus from sleep one evening. He rushed toward the howls, and forced his way to the front of the gathering near one of Waterdeeps main sewer grates. A pale pink clamshell necklace fluttered outside of the grate, caught on whatever was being forced thru by the flow of the tunnel. Recognizing the gift he gave to Baleaena, he dropped to his knees and sobbed deeply in his hands, the stream of red blood and bits of merflesh seeping past his torso. Taking the necklace, along with the ripped flesh of his companion, Tiarmus returned to his reef dwelling, where he was met by Pryntess, a squirlly tyke of a merman, but reliable and fair. He had a letter, but Tiarmus could barely hear Pryntess speak over the rage in his head. “A meeting? Civilwho Hawkwhat?” He simply asked Pryntess to read the letter to him inside.

…Why would this Hawkwinter character care about the merfolk?

The gruesome manner in which he found the remains of Baleaena and Caeruleus, and the urgency in the voice of P’ryntess, had given Tiarmus a fire in his belly he does not yet recognize, but the fire in his eyes was familiar to the merfolk, whom he he considers family. Tiarmus, who had sworn off attempting any further contact with the people of Waterdeep, reemerged from the Harbor, unwavering in his gait, to hold accountable those responsible. Not knowing what kind of justice he could expect from the authorities of the city, he reluctantly obliges the beckoning of Civilar Hawkwinter, and agrees to travel with this group of strange and powerful looking individuals to hunt down whoever, or whatever killed his friends. 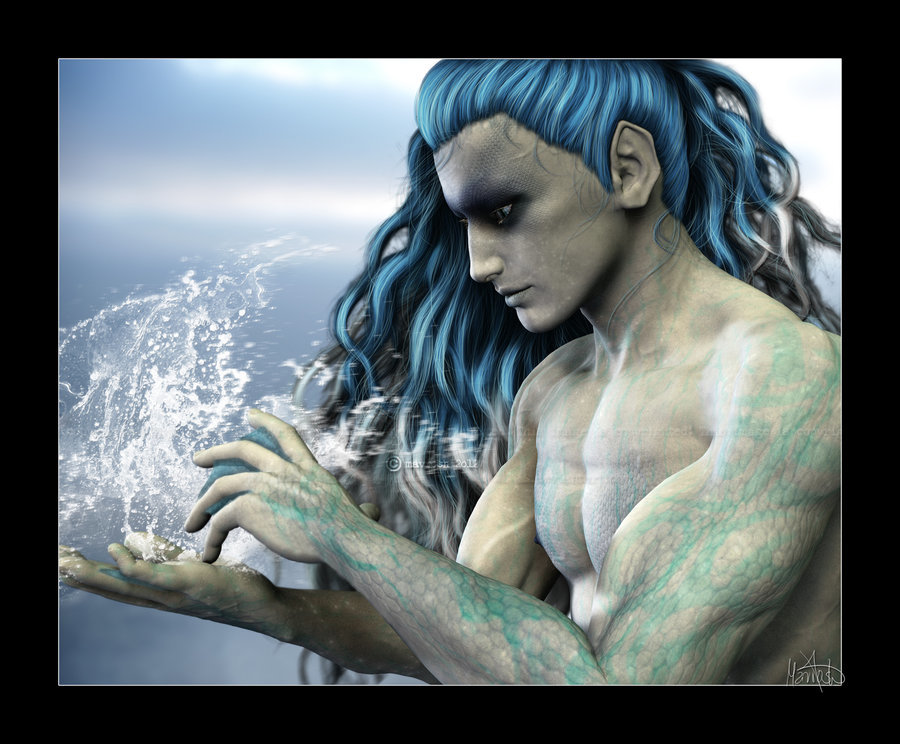