"Smiggly will have his vengeance."

Arius is a stout 19 year old kid, having just finished growing. Years at the forge have made his body hard and permanently stained some of his blond hair. His facial hair is just coming in, a blond fuzz developing on his square jaw.

Arius was a baby when he was found the the steps of the orphanage. He spent his first 10 years like the rest of the children, unloved, uncared for, and very, very bored.

Around the age of ten Ertyl Velun, the proprietor of Whistling Blades weapon shop in Dock Ward, came looking for a child. He and his wife could exploit the child for gain and force it to do all the household work. Not only that, Ertyl needed a lad that was big enough to forge weapons. Swinging a hammer all day is hard, after all. Better for someone to else do it.

There was Arius, a boy growing taller and broader than the others. The child wore a look that said, “Get me the hell out of here.”

“I’ll take that one,” Ertyl said, pointing at young Arius.

Whistling Blades was moving up.

There is little to be said about the following nine years of Arius’s life. He grew up training as a blacksmith, forging all manner of weapons. He would always work with an array of arms each night, after Ertyl and his wife slept. At 13 he tripped over a rug and spilled molten iron on Ertyl’s wife’s favorite cat. She loved the cat far more than she did Arius. After a severe beating and threats of expulsion, Ertyl came to the realization that Whistling Blades would not survive without Arius, and so the boy stayed, shunned as he was.

As Arius grew into a man many of Dock Ward took notice. The most prominent was Civilar Hawkwinter, looking to recruit agents into the Watch.

In fact, Hawkwinter was the mind flayer, Prar, seeking unsuspecting peons to eliminate the Shadow Thieves and Plague Rat gangs operating in Waterdeep. Prar’s plan backfired just recently when the party tracked him down into his lair in the first level of Undermountain and killed him, effectively ending his charade as Hawkwinter.

Arius’s care-free, boyish demeanor has changed drastically since Smiggly’s death. He carries much grief for allowing his gnomish friend to be killed, and is far more serious about adventuring now. What was once, “fun,” is now an obligation and his duty to Waterdeep. Arius will not stop until those responsible with Smiggley’s death are brought to justice. To Arius, this means no less than the lifeless body of the Dark Ranger on the end of his halberd, if not Shar herself.

Arius recently regained some of his good nature and optimism thanks to the wise words of Lord Piergeiron and Naneatha of Selune. The two empowered Arius’s halberd with holy power and named it Smiggly’s Vengeance, in honor of his fallen friend. Arius is now sworn an oath of loyalty to Piergeiron and Waterdeep, which he plans on honoring for the rest of his days as the city’s protector. 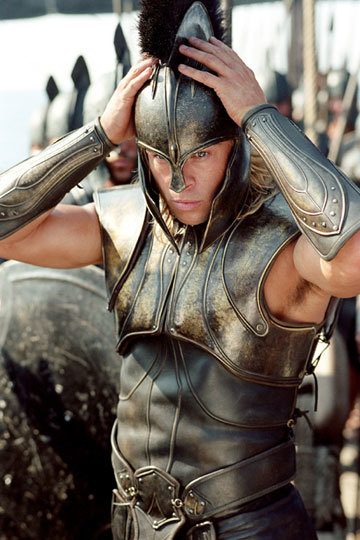