After a brief series of purchases at Pokey Bitz with it’s self-named proprietor, the party gears up and moves on to the next location on Gorrk’s map, Booze Boobz and Doodz. The journey is short, and they find a very sick ogre outside the establishment vomiting. Passing right by, the party approaches the bar, Faenor hiding behind a booth to get a better vantage point of the room. Arius tells the bartender the party is seeking a dark church…

Booze Boobz and Doodz is filled with unseemly underdark races including orcs, duergar, drow and others. Arius and Pippy order drinks and toast one of the orcs at the bar. A moment later Arius feels his stomach twist…he’s been poisoned.

“What’s the matter dear,” the female human bartender asks, “not feeling so well?” She smirks as several of the bar’s patron draw weapons and attack.

The party makes short work of the bar patrons despite Arius’s ailment. A few injured bar-goers escape as the adventurers close in around the bartender. She drops her weapon in surrender and introduces herself as Anise Fuxby. Talbot demands the antidote for Arius, which she promptly delivers. In accordance with sparing her life, Fuxby informs them that the Church of Shar has made an alliance with the Xanathar Guild, and that one of their agents is hidden within the caverns of Undermountain first level. She adds to Gorrk’s map and ushers the adventurers away. Arius takes back the platinum he had given her for the information. She glares at him.

“What? You poisoned me!”

Moving along for several hours through the dark tunnels, Faenor finally finds a secret door built into the wall. Activating the opening mechanism, the dwarf opens the door to find the unexpected form of… 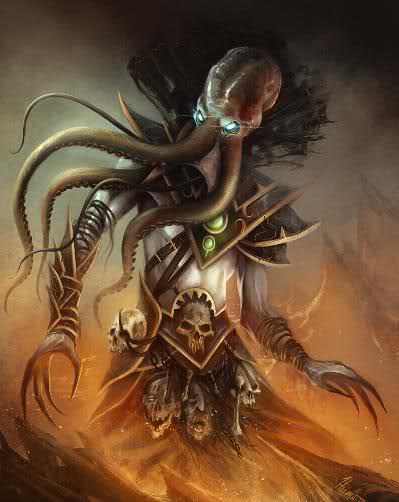 Hawkwinter turns to meet the astounded looks of the party, “My, what an unexpected and unfortunate turn of events…for you!”

Tearing an amulet from around his neck, the illusionary disguise that covers him drops, revealing the revolting form of an illithid brandishing the holy symbol of Shar. Two minotaurs steps from behind the room’s pillars to guard their dark master.

Quick on his feet, Faenor manages to mortally wound one of the minotaurs before it can act. Tiarmus and Pippy lay on a volley of attacks that kill the monster an instant later. Arius charges the mind flayer in an outrage, slicing a massive gash down the aberration with his halberd. Talbot casts hold person, freezing the other minotaur in place.

The mind flayer unleashes its mind blast, stunning Arius, Pippy and Tiarmus. It is too little too late as Faunor and Talbot move in from the sides and down the already wounded monster. Their comrades snap out of the trance and combined, finish the held minotaur mercifully.

Collecting a fair amount of booty from the corpse of the once-trusted “Civilar Hawkwinter,” the party finds a note. It reads:

Your identity as Civilar Hawkwinter has been most beneficial to the guild. With the help of your church, we have been able to eliminate most of the Shadow Thieves operating in the city, as well as many of the fetid rats. My agents are everywhere. We see all.

As you have been most helpful in our alliance, I will honor our bargain. The concoctions requested to destroy the temples will be delivered in two shipments. The first is in your possession, and the second will be waiting for pickup at Red Sails Warehouse in Dock Ward.

The imbecile warehouse manager thinks the casks are full of fuel for a gnomish steam engine.

We will commune again once the churches of Mystra and Selune are crippled and decide on how to finish them off. Then the Lords. Then the Sword Coast.

Taking the note and the amulet the mind flayer used to disguise itself as the Civilar, the party moves the shrine to find a passage leading to several cells. One houses a pair of wererats, no doubt of the Plague Rat gang at war with the Xanathar. Another cell houses half a dozen other rogues, likely affiliated with the Shadow Thieves. The final cell sits back from the rest. A familiar figure lies slumped over inside.

Xale of the Starry Glen.

Xale’s eyes are glazed over in darkness, the black orbs flickering like moving shadows. Catatonic, Tiarmus picks him up and begins to carry him back toward the portal they entered Undermountain through. 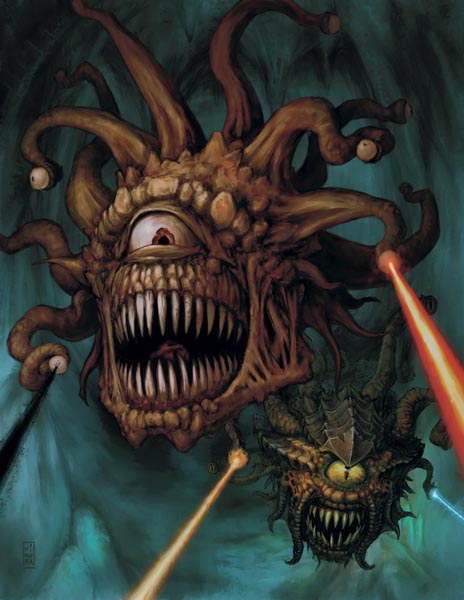 Upon reaching the corner before the initial entry room, the adventurers hear monstrous voices speaking in the room where they encounter Gorrk and his minions.

“…must have been powerful indeed to have killed Gorrk. They will no doubt return…”

Tiarmus lies Xale’s form in the tunnel and the party leaps into action before they are discovered. As they rush the room they find two Gauth, minor beholders. Again, Faenor is too quick for the monsters to react, plunging his sword into the first gauth all the way to the hilt. The gauths unleash a volley of damaging eye rays on the party, but after battering the first Arius fells the second with a massive overhead slash, cutting the monster cleanly in half. Tiarmus picks up Xale and they flee back through into the back of the Yawning Portal.

When they arrive back on the Yawning portal side of the gate the party finds the guards, all disabled. None have been killed, but there are broken collar bones, noses, dislocated shoulders, bumps and bruises all over them. In one fluid motion Larion Shadowfriend falls from the ceiling and stands point blank in the party’s faces.

“Been talking toLady Moonstar, have you? I see you have Xale. We should get him Naneatha quickly, this devilry done to him is far beyond any of us. And next time, tell someone where you’re going, especially if you do something foolhardy.”

Larion apologizes for Smiggly’s death, which immediately upsets Arius. He sobs as they make their way toward the church. Larion immediately identifies Talbot as being placed in the party by Meleghost. His undertone is not consenting. He then asks what the party discovered about the Church of Shar while in Undermountain.

When the party tells Larion of the church’s alliance with the Xanathar Guild and the mind flayer Prar’s identity of Civilar Hawkwinter, he asks for proof. When they provide the amulet it used for a disguise, Larion conjures a bird to fly the amulet and information back to Lord Piergeiron. Larion thank s the party and tells them he must follow up elsewhere, but that they will meet again.

At first Naneatha is overjoyed when the adventurers bring Xale in…until she sees the shadowy orbs that were once his eyes. Lying him down and calling upon the power of the Moon Maiden she attempts to free Xale from the dark spell. To no avail. Naneatha throws up her hands in despair. Just then the doors of the temple swing open for the second time in as many days.

“Word has reached my ears that this fine band has returned victoriously with Xale. And there he lies. Well done, adventurers!”

A dozen of Mystra’s clerics come into the Church of Selune, flanking Meleghost. Several Selunite cleric come from their chambers into the main hall. These “allied,” churches stare at one another, the tension so thick it can be cut with a blade.

“Here is your reward, as promised,” Meleghost says as he enlarges a small chest he pulls from his belt pouch. “Ten thousand gold. And of course the magical item I promised each of you from my personal collection.”

Meleghost leans over to Tiarmus as he hand him his gifts, “You have served me well, monk. You will again."

“Well, if you cannot help your knight friend, it looks as though I must return him to my church to seek aid. After all, I am a mage of some renown, and more well-versed than thee in the arcane arts.”

Naneatha begins to protest, but knowing she cannot help Xale, simply says that the Lords of Waterdeep will hear of this. Meleghost bows and leaves the Church of Selune with Xale, his clergy in tow.

Naneatha, depressed and upset, tells the party that they will have to clear Waterdeep of Shar’s influence before they go plunging into the depths of Undermountain looking for the Dark Ranger. They are not yet seasoned enough, and there is enough evil through the city that needs smiting to keep them busy. She wishes them well, saying she must prepare for Smiggly’s funeral.

The next morning at the Titty and Whistle, Fathead approaches the party and gives them a note, telling them that a shadowy patron left it for them last night. The patron gave him a gold piece, so he asked no questions. The note reads:

Now that Hawkwinter has been revealed as a spy it appears the mission to stop the gangs was a ruse. The Church of Shar’s alliance with the Xanathar Guild will end in the bloodshed of Waterdeep’s people if a stop is not put to it.

The Watch is useless. They are beyond compromised.

The Church of Shar’s headquarters is beyond the reach of even the Lords of Waterdeep and is a cavern of death for those who would enter. There is much to accomplish before you rogues could stand against the combined might of the Dark Ranger and his church.
The Xanathar, however, are far more accessible from our fair city. They now think their enemies in the other guilds are weakened and they have the support of a vastly powerful dark clergy. It will not be long before they make their presence known. Then you will have to find and destroy them.

That will draw their dark brethren to the surface, where they are vulnerable.

Back to the sewers with you. We’ll be watching.